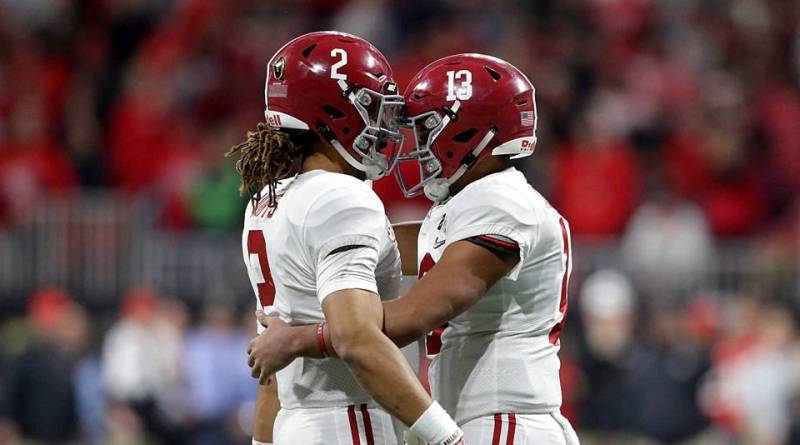 Anyone who watched the College Football National Championship on Monday was witness to a fantastic story; one that people will be talking about for ages. For those of us who did not watch the game, are not into college football, or don’t know the background of the story, here is the shortened version of what happened:

Whether you care about this particular storyline or not, the message we can take from it is incredibly important. Tua showed preparedness, resilience, poise, and mental toughness in the time he played on Monday night.

Tua was a star in high school, and he entered college expecting to play. He thought he had the skill set to be a starting college QB. However, he found himself in a situation where he was spending nearly all his time on the bench, behind a player that had the ability to potentially start for another 3 years before Tua got his shot.

Many of you reading this will be able to relate to this feeling. We see some of our athletes go from being a superstar in high school to receiving a bit of a reality check when they get to the college level. With a clean slate, a higher playing level, and a tougher physical and mental demand, prior success goes out the window, and sometimes “superstars” have to swallow their pride and accept that they need to do their time on the bench before they get to jump into the bigger pond that is college sports.

This adjustment is not easy. We have seen incredibly talented athletes grow discouraged and quit their sport because they are not prepared to sit on the bench when they don’t think they deserve it. Other times, even if the discouraged player remains playing the sport, they experience a form of complacency, and they rest on their laurels, compromising their athletic development.

Clearly, this is not what happened with Tua. A college football season is long. The Alabama football team has been practicing and playing together for 7 straight months now. Jalen Hurts was the clear starter throughout the season. Sure there’s always the possibility of him going down with an injury, so Tua knew there was a chance he may need to get thrust into the QB position at some point.

However, on Monday night, he showed that not only did he remain serviceable during his time riding the bench, but he continued cultivating and honing his skills to the point that he was able to come off the bench at halftime in the National Championship and shred one of the best defenses in the country.

So now the question that arises is, will you be ready? If you are reading this, chances are you are an athlete. But even if you aren’t this extends beyond sports. When your moment comes, will you have developed the skill set necessary to fully exploit that moment for all its worth?

Most of us will not find ourselves with a football in our hands preparing to throw the national championship-winning overtime touchdown throw, but we have our own versions of successes that we will have the ability to obtain when the moment comes.

This blog ultimately does not have the answers, and it does not give any practical advice as to how to directly cultivate the skill set necessary to be ready to hop off the bench in your sport, or your life, and squeeze every last drop out of the situation. But rather, this blog promotes a mindset switch.

Here’s the take-home message: If you feel like you’re on the bench right now, don’t hang your head and blame external circumstances for your lack of success. Go to work making sure you master your craft, whatever that may be, to the absolute best of your ability. That way when the external circumstances finally do align such that you have your shot at success, you are more prepared than anyone else to make the most of that moment.